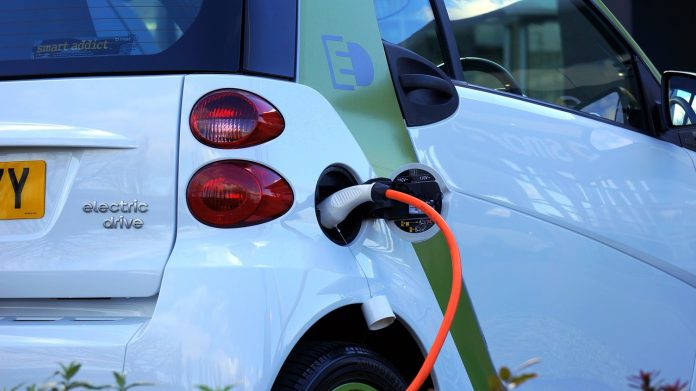 A recent study by the Office for National Statistics has noted that since 1990, despite significant attempts to drive down efficiency in regard to the automotive industry, transport emissions are actually up six per cent. Although there has been an increase in the number of fuel-efficient vehicles on the road, this has only levelled off the emissions, thanks to the fact the cumulative figure of distance travelled has risen from 255bn miles a year in 1990, to 328bn miles as of 2018.

Charted in a report by the Guardian, the only time when the carbon emissions have taken a downturn, coincided with the time of the financial crisis back in 2007— since 2013, greenhouse gas emissions have steadily risen, accounting for more than 26 per cent of Britain’s total.  The government is starting to clamp down, under increased pressure to tackle climate change, and so, has introduced 2050 Net Zero.

However, one must consider that the emissions being released into the atmosphere via motor vehicles isn’t just having an effect on climate change. Air pollution also affects public health, with 92% of the global population living in places where air quality levels exceed World Health Organisation (WHO) limits.  Emissions from transport are having a huge impact on our day-to-lives and our carbon footprint alike, so it’s imperative that we understand the new developments and fuel alternatives that are helping create a greener and healthier future for the way we drive. In this article, LPG price specialists, Flogas, take a look at what’s being done to tackle transport’s emissions.

Did you know that electric vehicles have actually been around almost as long as those powered by fossil fuels? Offering compelling environmental and air quality benefits, the idea of electric cars are by no means new. However, the concept was thought of as more of an ideal to aspire to rather than a serious catalyst in the fight against climate change. This has all changed in the last decade, with the development of advanced electric vehicle technology that has given electric cars mainstream credibility and appeal. Gen Z drivers have helped fuel the sudden rise of the electric car thanks to their demand.

Research suggests that people aged 18-24 are the most likely to own an electric vehicle, with the main reason being the climate crisis. Infrastructure to support this upsurge in interest, however, is yet to match the technology available. With a chronic shortage of public charging points, one of the biggest impediments to many buying an electric car is the fear of running out of power and the risk of not being able to recharge on the go.

A fuel between fuels

Although there are still developments occurring with the electric vehicle industry there are numerous other alternatives helping to plug the gap. Autogas, also known as LPG (liquefied petroleum gas), is the most accessible alternative fuel on the market – with over 170,000 Autogas vehicles currently on the road across the UK, serviced by more than 1,400 refueling stations.

It isn’t just a lower carbon footprint that encourages drivers to opt for Autogas — it is considerably better in regard to costs too. Extensive existing infrastructure, plentiful supply and serious cost- and carbon-cutting potential mean LPG is positioned as the ideal interim fuel in the move away from petrol and diesel, and towards Net Zero.

Although LPG might be one of the most readily available fuel sources, it isn’t the only gas alternative. As the cleanest burning fossil fuel available, LNG (liquefied natural gas) has quickly become the world’s fastest growing gas supply source.  As well as being highly efficient, it emits significantly fewer pollutants and offers CO2 savings of 20% compared to diesel, making it ideal for businesses who own large truck fleets and need to adhere to stringent air pollution controls.

Bio-LNG takes this one step further, offering CO2 savings of over 80%.  known as liquefied biomethane, Bio-LNG is a renewable fuel that’s created during the break down of organic matter, meaning it can be produced anywhere anaerobic digestion occurs (AD).

But, why is this all happening?

The significant investment in alternative fuel sources was inevitable, however legislation has played a part as well. This is mainly due to the government’s Road to Zero Strategy, which aims to end the sale of all new conventional petrol and diesel cars by 2040. The Strategy also plans to increase the supply and sustainability of low carbon fuels, as a way to reduce emissions from the existing vehicles already on our roads.

Beyond national government, some of the UK’s major cities are also implementing plans. The Mayor of London, Sadiq Khan, introduced the capital’s ultra-low emission zone (ULEZ) on 08 April 2019, which stipulates that vehicles driving within the zone must meet new, tighter emissions standards or pay a daily charge.  The aim is to improve air quality and lower emissions from conventional petrol and diesel-run vehicles in central London, with emissions set to fall by as much as 45% by 2020.

It fails to be seen whether these alternatives are going to have developed enough by the time diesel and petrol vehicles begin to be siphoned out, however they are certainly making necessary inroads so far.

AA says youngsters most likely to own an EV

Natural gas: a solution for a clean and decarbonized transport system