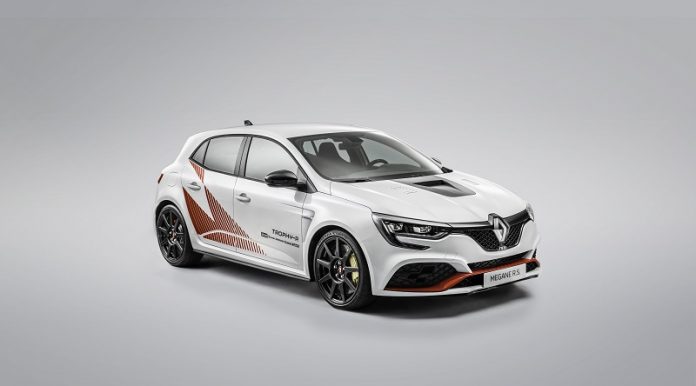 There’s a good chance you’ve already seen the news about the new Renault Megane RS Trophy-R; c’mon, how could you have possibly have missed it?! I’m a little behind on this one as life has been very hectic for me recently, but this is such big news I wanted to spout my thoughts on this rather controversial announcement.

Are you sat down for this? You’re not? Ok, well grab a chair or something quickly, as the pricetag. Now, for what it’s worth, there are a few different variants, but the headline figure everyone – including me – is obsessed about is a whopping £72,140. No, that is not a typo. For that, you could buy a Honda Civic Type R and a Ford Focus RS and get change. Or…you could buy a BMW M2 Competition and have quite a nice bulge left in your wallet. I’m sorry Renault, but I know what I’d rather do.

Why is it so expensive?

This price is for the Nurbugring Record edition, which as you may have guessed, matches the exact same specification as the car that recently broke the lap record at the Green Hell under the stewardship of Laurent Hurgon. Not only does this adds the carbon wheels – the Trophy-R Carbon Wheel Edition is £63,140 – but it also adds carbon ceramic brakes for the front axle.

There’s also a dynamic air intake for the front, which replaces the R.S. Vision 4 lighting in the lower bumper. Not only does this unit save 2kg in weight, it provides both better cooling and breathing for the engine.

If you’re reading this thinking “My word, this looks jolly expensive” then fear not, as there is a cheaper way. The Trophy-R can be had without the carbon touches and by forgoing such a material, the Trophy-R will ‘only’ cost you £51,140. As David Dickinson would say, “Cheap as chips!”. The standard retains the same 1.8 litre, 300hp powerplant of the Megane Trophy, but where the Trophy-R really dials things up is the weight saving and the extra work gone in to the handling (not that the standard car handled like a sack of spuds). The Trophy-R gains features such as Öhlins dampers, Akrapovič lightweight titanium exhaust, R.S. Monitor, carbon composite bonnet with NACA duct and a carbon rear diffuser. It’s also a weight-watcher-inspiring 130kg lighter than the Trophy version, which is one of the reasons it was able to speed its way around the Nurgburgring in 7 minutes  40.1 seconds. Only 500 examples will be made of the new Megane RS Trophy-R, and only 32 of those will be coming to the UK. Despite the price, I think they will sell out quicker than you can say “how much for a Renault Megane?!”