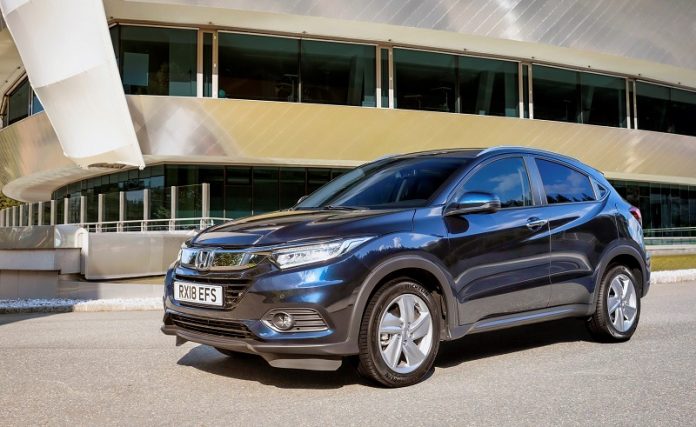 This week, Japanese brand Honda has revealed details of its new HR-V subcompact SUV, making the “most sophisticated” model yet. The new model features changes both inside and out, plus new engines including a 1.5 litre VTEC turbo, and a 1.6 i-DTEC diesel, which will be added to the range in 2019.

Let’s start with the looks shall we? At the front you’ll spot a shiny nose that’ll look extremely enticing to a jackdaw. I’ll be honest, I can take or leave the chrome detailing, but that’s just personal taste. The rear also features what Honda calls a “dark chrome garnish” (no, I did not make that up), as well rear lights that are housed in darker lens casings.

The LED daytime running lights have been redesigned as well to help give the HR-V a new lease of life, plus higher spec models have a new design of 17″ alloys. The facelift model will be made available in a choice of eight colours, including a new Midnight Blue Beam metallic shade (pictured). The new HR-V should be a more comfortable place to be in compared to the outgoing model as the fabric seats are made using a higher quality materials, although the higher spec models are trimmed in leather, naturally. Honda has also fitted more sound insulating materials to ensure that the cabin will be quieter than ever, plus you’ll also get a feature called ‘Active Noise Cancellation’, depending on which model you go for. ANC will be used for the HR-V for the first time, and the system uses two microphones within the cabin to cancel out low frequency noises with precisely-timed ‘reverse phase’ audio signals through the speakers.

Prices/launch date for the new Honda HR-V are yet to be revealed, but Honda has stated that customer deliveries will commence from October.