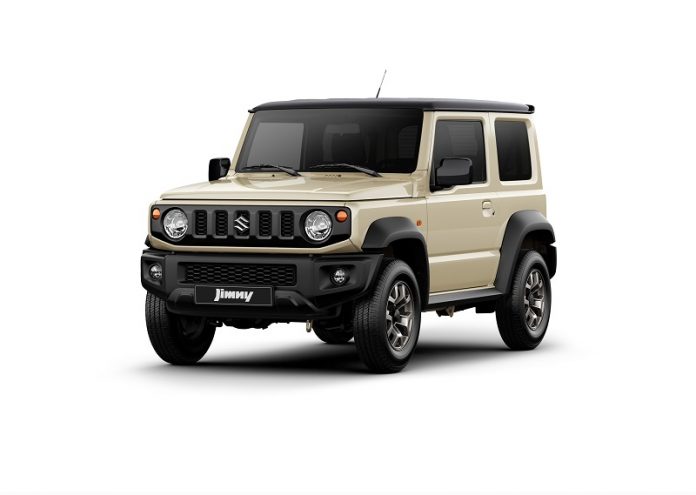 After releasing pictures of the new Suzuki Jimny a few weeks ago, the Japanese brand has now released more details about its plucky off-roader. The car has long been due an update as the last one hit the market 20 years ago. A lot has changed in that time, and the car market has definitely moved on. Has the Jimny finally caught up?

Out with the old, in with the new

The previous model used a rather gutless 1.3 litre naturally aspirated engine, which worked well enough off-road, but it soon ran out of puff when you hit the tarmac. This unit has now been binned, and in its place is a 1.5 litre petrol engine, which not only provides more torque, but it’s also 15% lighter. It pumps out 101bhp with 130Nm of torque, making it more muscular than the 1.3 litre, plus it’s more efficient, as it’s able to offer 41.5mpg, which is a tad more than the outgoing 1.3 unit. Still as capable as ever?

The engine can either be mated to 5-speed manual or a 4-speed auto, and of course, you get Suzuki’s ALLGRIP PRO, which features a part-time 4 wheel drive system, which can either be driven in 2 wheel drive, four wheel drive, or 4 wheel drive-low gear – much like the previous car. The ample approach angle of 37 degrees, ramp breakover angle of 28 degrees and departure angle of 49 degrees allow the Jimny to climb over obstacles and steep hills without scraping its bumpers or underbody.

As well as the new engine, the Jimny is able to offer new technology such as autonomous emergency braking, lane departure warning, high beam assist, and traffic sign recognition to name a few.  For additional traffic signs showing supplementary information, a blank box is displayed under the main traffic sign to inform the driver. The Jimny is the first Suzuki model to adopt this system.

The old Jimny was so terribly outdated, that it may as well been a time machine, as stepping in to it, was like stepping in to the 90s. The new model has no such issue though, as it has been spruced up, and is able to offer creature comforts such as 7″ touchscreen, Bluetooth, and smartphone connectivity. The luggage capacity has also been improved, so you can carry more stuff.

Prices and specification are yet to be announced, but when the car is launched, I should be there to give my initial thoughts, so look out for that.