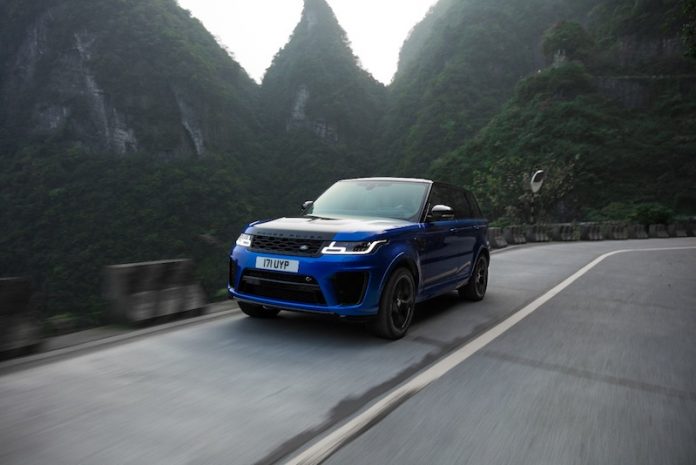 Let’s be honest, a performance SUV is never going to fully replace the wonder and exoticness of a supercar, but Jaguar Land Rover has proved that the Range Rover Sport SVR could be a decent compromise. To prove this, the British SUV has taken said car to China to beat a record set by the Ferrari 458 Italia.

At first this may seem like an unfair fight, but the SVR isn’t exactly down on power as it’s able to offer 567bhp from its newly enhanced V8 engine. Because of this is brawn, this luxurious brute will demolish 60mph in 4.3 seconds, and it will continue to a top speed of 174mph. Ok then, maybe this fight is starting to look a bit fairer, but you’ll still need a decent driver for the job. Step forward Ho-Pin Tung, Le Mans class-winner and Panasonic Jaguar Racing reserve and test driver. So the car and the driver is sorted, that just leaves a location. The famous Tianmen Road in China is where the Range Rover Sport SVR took on the Ferrari’s challenge. The time to beat was 10 minutes 31 seconds set by the Prancing Horse, and as you can tell by the title, the Range won – but by how much? Check out the video below to see the SVR take on the 99-turn course.

Panasonic Jaguar Racing’s Ho-Pin Tung said: “I am used to the high speeds of racing but this was even more demanding. Maintaining concentration was the biggest challenge as the road twists and turns constantly, with huge drop-offs to the side. The consequences of getting it wrong would have been really serious so I focused on establishing a rhythm and the Range Rover Sport SVR made this easy – it may be an SUV but it has the performance and agility of a supercar and can take you to places a supercar can only dream of.”