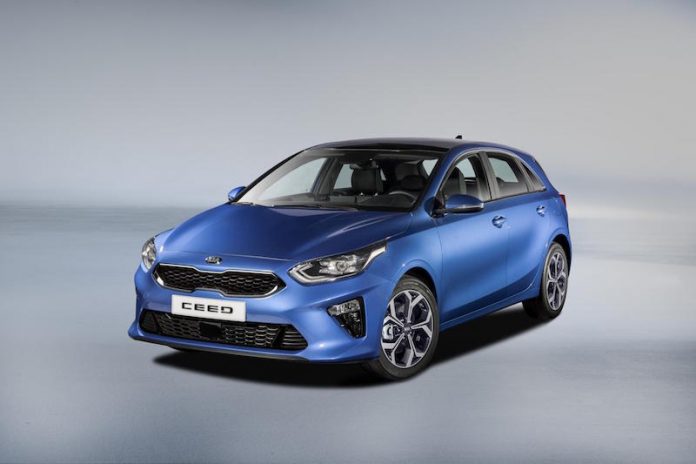 Today, Korean brand has revealed the third generation Ceed, ahead of its public unveil at this year’s Geneva Motor Show. Other than the new looks and a name that has ditched the apostrophe, what is new for the latest Korean C-segment model? Read on to find out.

Fair to say, there is quite a bit happening in the heading above, but hopefully it will all make more sense as you read on. The larger part shouldn’t take too many brain cells to process – the new Ceed is 20mm wider and 23mm longer. The front overhang has been shortened by 20mm, but the rear overhang has been increased by 20mm. This, Kia states, gives the cab-rearward silhouette a more mature sense of athleticism. Erm, ok. The increase in size also means there is more room inside. The boot has increased to a very agreeable 395 litres, plus there will be more shoulder room for those in the rear, and more headroom for those in the front. Oh, and the driver will be able to enjoy a lower driving position. This, coupled with a drive select that offers Sports modes means that the Ceed looks pretty enticing on paper. Let’s be honest, cee’d always seemed like a bit of a silly name, especially when it came to the three door model that was called the pro_cee’d. I don’t know about you, but that sounds more like a secure password rather than a car. Thankfully, Kia has decided that the new model will simply be called the ‘Ceed’ – the car for Community of Europe, with European Design. Due to go on sale in Europe as of the second quarter of the year (UK on-sale date yet to be announced), the new Ceed will feature cabin with better ergonomics as well as higher quality materials, plus there will be a ‘floating’ infotainment screen that is available in 5″, 7″ or 8″ versions. Kia states that the inside of the car will be more driver-centric and be trimmed with soft-touch materials as well as metallic or satin chrome trim to give a touch of class. Dependant on trim and buyer choice, you can have your new Ceed with wheels that range from 15″ steelies to 17″ rims which are diamond-cut and have a two tone design. The car will be available in 12 paint finishes and the inside can be trimmed with either cloth, synthetic leather or genuine leather. The steering wheel and the gearknob can also be wrapped in leather if desired.

Although the full specification for the Ceed is yet to be announced, it should be generous for kit, but Kia has already mentioned some of the additional goodies that buyers can make use of. One of the highlights is the new Lane Following Assist, which is a ‘level two’ autonomous driving technology and is the first for any Kia sold in Europe. This system is able to track vehicles in front of the Ceed in traffic, and identifies appropriate spaces in other lanes to move in to safely to gain more ground in heavy congestion.

It detects road markings to keep the Ceed in its lane on the motorway, and controls acceleration, braking and steering depending on the convoy of vehicles in front. The system uses external sensors to maintain a safe distance from the vehicle in front, operating between 0 and 81mph. There is also the optional ECO Pack, which adds an Active Aero Flap that closes and opens depending depending on engine cooling requirements, enhancing the car’s aerodynamic efficiency for greater fuel economy. The ECO Pack also features an underbody cover and lower suspension, aiding air flow beneath the vehicle, as well as low rolling resistance Michelin tyres.

Peace Of Mind As Standard

Although there are quite a few options to choose from the new Ceed will come with seven airbags as standard to help keep occupants safe and sound, plus there will be standard features including nclude High Beam Assist, Driver Attention Warning, Lane Keeping Assist and Forward Collision Warning with Forward Collision-Avoidance Assist. Also, as with any other Kia, there is a seven year warranty, which is bound to make you sleep better at night.

The new Kia Ceed will debut at the Geneva Motor Show with UK prices/specifications/release date to be announced in due course.