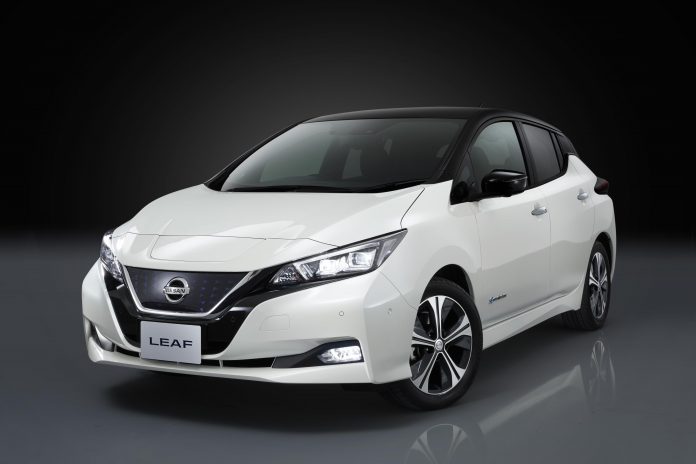 Happy New Year everyone! This is a time where many will want to turn over a new leaf, so what better car to write about than the Nissan Leaf? Prices for the Japanese brand’s latest version of its popular electric hatchback have been announced, but exactly how much is it? Read on to find out.

The new Nissan Leaf will be made available in five trims, one of which is a special edition called ‘Zero’. The base model ‘Visia’ is priced from £21,990 and at the other end of the scale, the range-topping ‘Tekna’ is priced from £27,490. The Zero sits between the N-Connecta model (£25,990) and the aforementioned ‘Tekna’, and is priced from £26,490. That of course leaves one more trim level – the ‘Acenta’, which sits above the base model as is priced from £24,290. All prices stated include the £4,500 that you get back from the government.

Nissan is yet to announce the full specification all models, but the details for the limited edition Zero have been announced, with just 1,500 models being produced. It will be available in two colours, Spring Cloud and Pearl Black, which is complimented by 17″ alloys and a exterior design that is similar to the new Micra, which can only be a good thing. Step inside the cabin and you’ll find that not only the front seats are heated, but the rear ones are too. The steering wheel is also heated, making it handy for those wintery days.

The New LEAF is also the first Nissan model in Europe to be equipped with Nissan’s autonomous ProPILOT technology and e-Pedal, which allows drivers to start, accelerate, decelerate and stop – simply by increasing or decreasing the pressure applied to the accelerator.

The new Leaf is able to produce  an increased power output of 148bhp with a torque figure that has been increased to 320Nm. This power comes from a high-tech lithium-ion battery pack, which now offers increased efficiency as well as higher power, meaning that it’s able to offer a range of 235 miles. Nissan will also be offering a high-power model towards the end of this year, which will offer more power as well as a greater range.