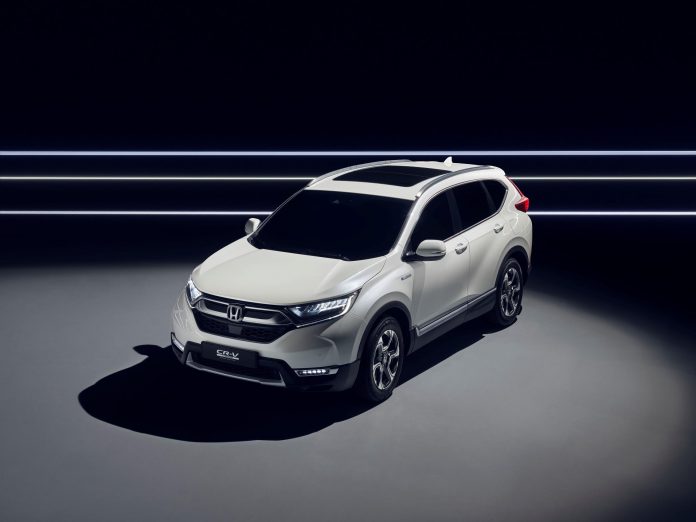 This week Japanese carmaker Honda has announced that its set to reveal a CR-V hybrid at this year’s Frankfurt Motor Show. This marks the first time that this Honda technology will be made in an SUV for the European market. It also gives us a glimpse of what the next CR-V model will look like. But what else can we expect from this European first? Let’s dig a bit deeper.

There will be two choices of engines to be combined with the two electric motors that make up the hybrid system. The more powerful of which is a 2.0 litre i-VTEC four cylinder petrol engine, which is mated to a single fixed-gear ratio in place of a conventional transmission. The other choice is a 1.5 litre i-VTEC TURBO four cylinder engine which is fitted to the same motors, but is offered with either a 6-speed manual gearbox, or a CVT setup. Power has not been announced, but Honda has announced that there will be no diesel CR-V for European markets when the new one launches. As I’m on the topic of the powertrain, let me talk more about the i-MMD system. As you have probably guessed, that stands for something. What that stands for is Intelligent Multi-Mode Drive. This system determines how much the fuel and electricity is used, to make sure it’s used in the most efficient. Think of it as parent managing their child’s pocket money. There are three driving modes; EV Drive, Hybrid Drive and Engine Drive. But just to cover all bases, the EV Drive mode means that the CR-V will be driven by the batteries alone, Hybrid Drive will combine both the motors and electric motors whereas Engine Drive will drive the CR-V using the engine, but the electric motors will provide an ‘on-demand’ boost when required. This mode will be used most for motorway driving whereas the other two modes will be used in urban driving.