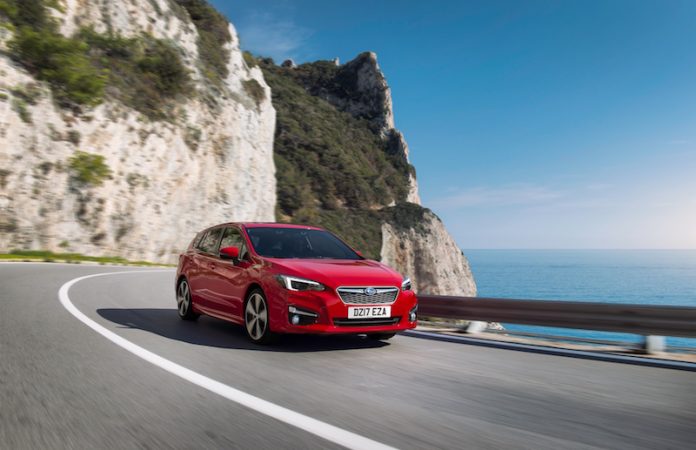 This week, Japanese brand Subaru has announced its new Impreza is to make its European debut at the Frankfurt Motor Show on September the 12th. Details are few and far between at the moment, but Subaru has given a little idea of what to expect from the new model.

One of the key talking points from the new Impreza is its safety, which may seem like a dull place to start, but it’s something buyers will want to know about, especially if it’s going to be used as a family runaround. A feature called EyeSight will be made available in the new Impreza – this system offers advanced driver assist technology such as autonomous emergency braking and adaptive cruise control. As well as being safe, Subaru has stated the new Impreza will be fun to drive and will be offered the brand’s Symmetrical All-Wheel Drive system which is coupled to a boxer engine. The new model has a 5mm lower centre of gravity, meaning it will be more stable in the corners, plus the steering response has been improved.

From a personal point of view, I don’t think the car itself looks particularly exciting. It’s not a bad looking thing, but I don’t think it’s going to stand out on your street if it were parked on your drive. Who knows, maybe it’s better looking in the flesh… Speaking of which, if you want to see it with your own eyes, you’ll be able to if you head to the Frankfurt Motor Show on September the 12th.