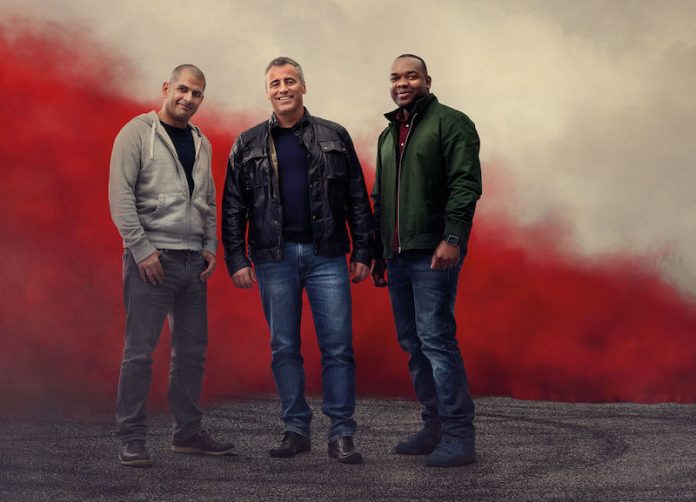 This week brings episode 7 of Top Gear, which is sadly the last of the series. The last 8 weeks have been a vast improvement over the previous series, but I suppose that wasn’t difficult. Having said that, I felt tonight’s show was more of a sparkler as opposed to a full blown firework display.

The show kicked on in good fashion as Chris Harris took to the Top Gear track in the new Cayman S. As is the way with any are Porsche, it doesn’t really like new at all. It’s all about engineering, and although Harris was quick to commend the changes the German car has made, he wasn’t so complimentative of the way the new four-pot motor sounds.

As always, it was an informative, engaging review from Harris and it was good to see him hoon the little blue Porsche around the legendary Dunsfold tarmac. It’s not the sportscar I would personally buy for £50,000, but Harris certainly made a compelling car for the German car despite the lack of two cylinders. All in all, a solid start to the show.

The last episode of the series requires a rather special guest. Step forward Mr Jamiroquai himself, Jay Kay. He is a Top Gear veteran and he certainly knows his way around the track. However, that didn’t stop him completing a massive – if not impressive – spin towards the legendary Gambon corner. Still, at least he was trying. As all the guests do, he stuck around for a bit of banter whilst he nervously waited for his lap to be shown.

The banter bit still needs tweaking, but it’s a lot easier when the guest is a bonafide petrolhead, a petrolhead that owns about 50 cars no less. Despite owning cars such as the Ferrari Enzo, Jay Kay’s daily is….a FIAT Doblo. Yes, you read that right… As mentioned, I felt the show was a little bit flat and even Jay Kay [spoiler alert] was not able to hit the mark and knock Sir Chris Hoy of the top of the leaderboard. Still, we’re all human.

LeBlanc Picks Up Some Unusual Passengers

To quote Monty Python; “And now time for something completely different.” Matt LeBlanc takes to the countryside to test a Russian SUV that’s so big, it makes a Hummer look like a Mini – a classic Mini at that. It’s called the Avtoros Shaman and it’s all yours, for almost £90,000. Yeah, that’s a lot, but considering it’s bigger than the average flat, you’ll forgive it for that. It has 8 big wheels and a road presence that will make a Prius run away with its tail between its eco-friendly legs.

LeBlanc took to the wheel to describe what the SUV has to offer and it was an enjoyable – albeit a tad irrelevant – test, which was sprinkled in with the humour we have come to expect from the American. It wasn’t smooth sailing as he was required to do a few rescue missions, including saving a drunk farmer, following lassie to a boy trapped down a well and oh yeah, picking some naked ramblers – like you do.

Yes, I did pinch that quote from Alan Partridge, but I felt it appropriate, so when in Rome. Apart from this isn’t Rome – Monaco was the venue for this ambitious test, but I’ll get to that in a bit. The SsangYong Rodius is easily one of the ugliest cars ever to ‘grace’ this fine earth, but as its design was inspired by luxury yachts (God knows which one), Reid and LeBlanc decide to make it in to such a vessel.

Just as well really, as it’s not really been much good as a car. The pair first set about chopping bits off, which can only improve the look, before adding on the necessary nautical details to make it look less like a clunky MPV and more like something that is fit to be moored at Monaco. This is the destination in mind when the pair are ready to take the newly named ‘SsangYacht’ for its first outing, with ‘Admiral’ Rory Reid at the helm.

To their credit, it looked pretty good – from a reasonable distance of course. Now that the boat was but and Reid was in the suitable attire, the pair decide to get it reviewed by one of BOAT International’s top writers, which turned out to be…Eddie Jordan. The first test was performance, in which the SsangYacht excelled in, thanks to its two Volvo V6 engines, but it lacked the…luxury of the typical yacht, especially when you consider the toilet is under the bed. Classy.

Chris Harris was also able to ‘enjoy’ the vessels features, including the flat-screen TV that was operated by the high tech rope system and the ‘grand piano’ played very badly by Reid. After that he almost incurred concussion in the performance test and his water-skiing almost left him stranded at sea. He must have had a great time, although he must have had a better time than Jordan, who clearly didn’t enjoy the boat. It’s still a better use of a Rodius if you ask me though.

Well, it was certainly not a bad show, but for me it lacked the final flurry I was expecting from the series, plus I was disappointed to see there was a McLaren 720S in the studio wasn’t even mentioned. However, this series has come on leaps and bounds from last year and I truly believe the show is now finding its own identity, something that was desperately needed.

I look forward to seeing what the boys come up with Series 25, but until then we will have the next series of The Grand Tour to watch. Bring it on!