The weekend just gone featured some rather splendid weather, so it was a great time for Caterham to lend me its Seven 160S. It may be the baby of the bunch, with a piddly engine, so is it actually worth having?

Yeah, About That Engine

Underneath the long, retro-styled bonnet lays a small but perfectly formed three-cylinder 660cc Suzuki engine. It is turbocharged, but it still produces just 80bhp and and 107Nm of torque. These are not figures to get you excited – in fact my 11-year-old SEAT Ibiza FR offers practically double that. However, don’t stop reading yet, as I’ll let you in on a secret – the engine’s a real gem.

Because the car weighs next to nothing (490kg for the standard 160), it means that the 160S is able to propel itself to 60mph in 6.9 seconds, which is not exactly sluggish. Plus, in all honesty I’d say from where I was sitting, in that snug cabin, it could properly hit 60 quicker. It’s faster than I was expecting, that’s for sure! Ok, so the top speed is just 100, but in the real world that’s unlikely to both the majority.

Not only will this little unit surprise you with its get-up-and-go, it will pleasantly surprise your eardrums as well. Well, maybe not on the motorway at 70mph when the wind is attacking you with the same savagery as heavyweight boxer trying to win his belt back. Fire up the small unit and you’ll be greeted with an unexpected burble. “My word, this sounds meaty” I thought, as I pulled off from Caterham’s depot in Crawley.

Because the car is so small, it does mean that the cabin is what an estate agent would deem ‘cosy’. Getting in and out at first is far from easy and if you’re not slim you will struggle. Thankfully, as I’m rather sknny I was able to get myself in with some of my dignity left. The driving position won’t be for everyone though as you cannot alter anything and like me, you may find driving with footwear too tricky, due to the close proximity of the brake and throttle.

It’s not all bad news though as this is the S model. It doesn’t make the car any sportier, but it makes the car more comfortable and a little easier to live with. Priced at an extra £2,995, the S Pack gives buyers a windscreen, doors, a roof, a 12V power socket, carpeted interior, a heater, black leather seats, a Momo steering wheel and a choice of four paint colours. This may seem like a pricey set of extras, but you’ll likely to regret it – especially when the weather turns for the worst.

Put simply, it’s pure joy. It’s genuinely difficult to know where to begin with the Seven 160S, as I could wax lyrical until the cows come home. Let’s start off with its eagerness – the engine may be small, but you’ll find you can make progress rather quickly. Curl your big toe and work that short, slick 5-speed manual and you get a sense you can beat pretty much anything off the line.

The 6.9 seconds 0-60 time definitely feels a bit pessimistic as the 160S, despite it’s tiny engine, feels like it can do it less time than that. The car has no electronic aids, so it’s down to driver to keep it on the straight and narrow, but as the car offers such a high level of communication, this almost feels like second nature. You really are at one with the Seven 160S and at times it feels like you are thinking you way through corners.

The car is as precise as a surgeon’s scalpel, yet if you are purposefully heavy-handed you can get the back to step out , which adds to the big dollop of joy this oversized go-kart can offer. The steering has got a lovely weight to it and no matter where you steer the car, it will head in that direction. This is a massive motoring cliché, but it really does feel like the car’s on rails. And because it hasn’t got a million horsepower, you can use all of it without needing new underwear. 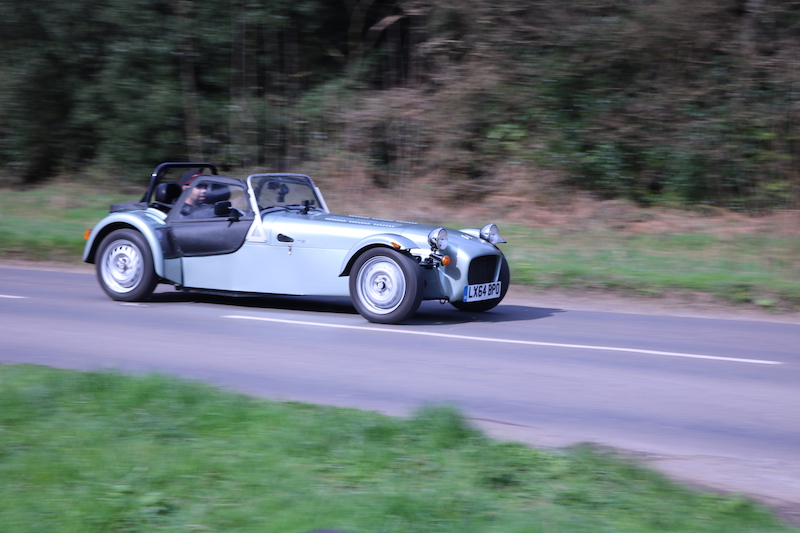 The low bhp figure means that the car is accessible, it’s a great way to introduce you in the Caterham world, which is what the Seven 160S has been designed for – it’s the entry level model after all. Although the engine may be turbocharged, you’ll enjoy taking it all the way to the redline as it makes a meaty thrum you wouldn’t expect from a small unit. Also, because the engine is so small and the car weight about as much as the average dog, the fuel economy is pretty decent too – not that you would really worry about that in a car like this.

There Are Downsides – Inevitably

Ok, so what are the bad things? Well….the mirrors shake at speed with such a ferocity it feels like you’re drunk, the indicators don’t self cancel and you need to plan time in your diary just to put the roof up. Once the roof is finally up, you’ll find headroom pretty non-existent if you are a tall driver like myself. That’s if you’re able to get in the first place, as with the roof up, you looking at a hole about the size of a letterbox to get through. Contortionists must use this car as a starter kit, surely.

The boot is also the size as the average pocket and although the ride is better than you’d expect, you will need to avoid any potholes as they will shake the bones out of your joints. Roads with speed humps are best avoided as well, not unless you enjoy people watching you as you cautiously go over one at a snail’s pace. Lastly, it’s not what you call cheap.

This may be the cheapest model Caterham offers, and at a price of £16,995 it’s rather agreeable. However, that will not include the S Pack and it also means you will need to assemble it yourself. This is fine if you’re a keen mechanic with a patient wife, but for people like me, who can just about put IKEA furniture up, you’ll want a professional to build it for you. So with with the S Pack and the car built for you, you’re looking at a price of £22,490. You could buy a Mazda MX-5 with that and get change, plus it’s easier to live with day-to-day. I should know, I own one.

Despite all this though, every time you drive this car, it’s an occasion. The Seven 160S may be flawed as an everyday opposition, but as a tool for delivery a pure driving experience? It’s simply fantastic. I honestly don’t think you can do much better. Yes, it’s a bit pricey and it’s massively impractical, but every drive will produce a smile so large, you’ll simply be too happy to care. 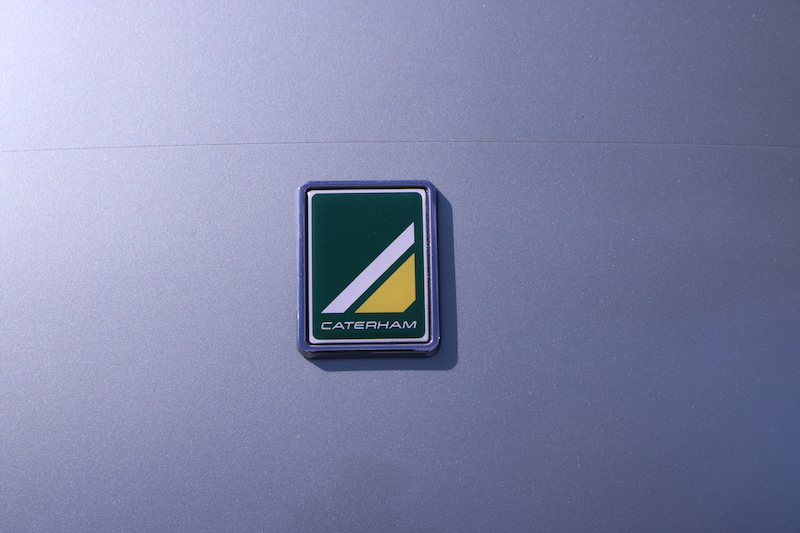 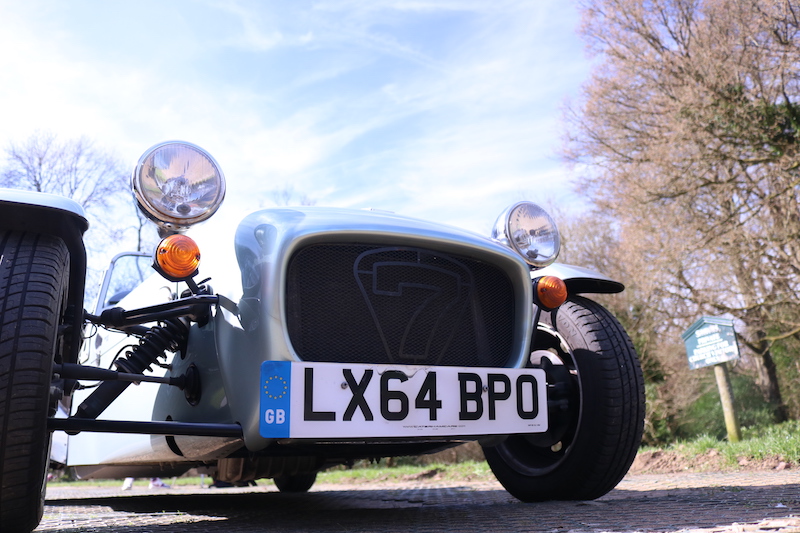 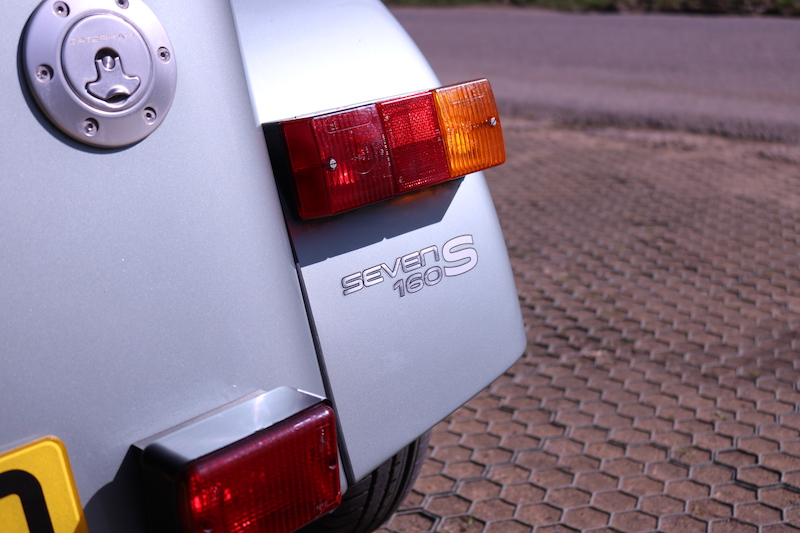 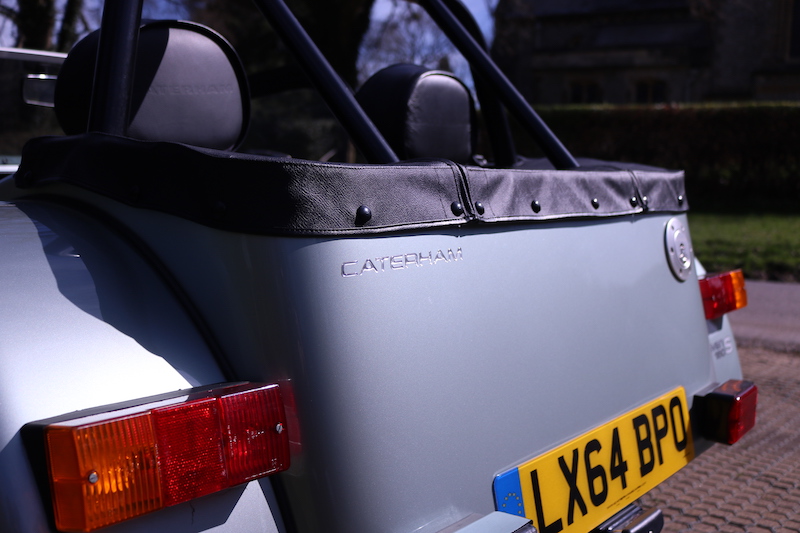