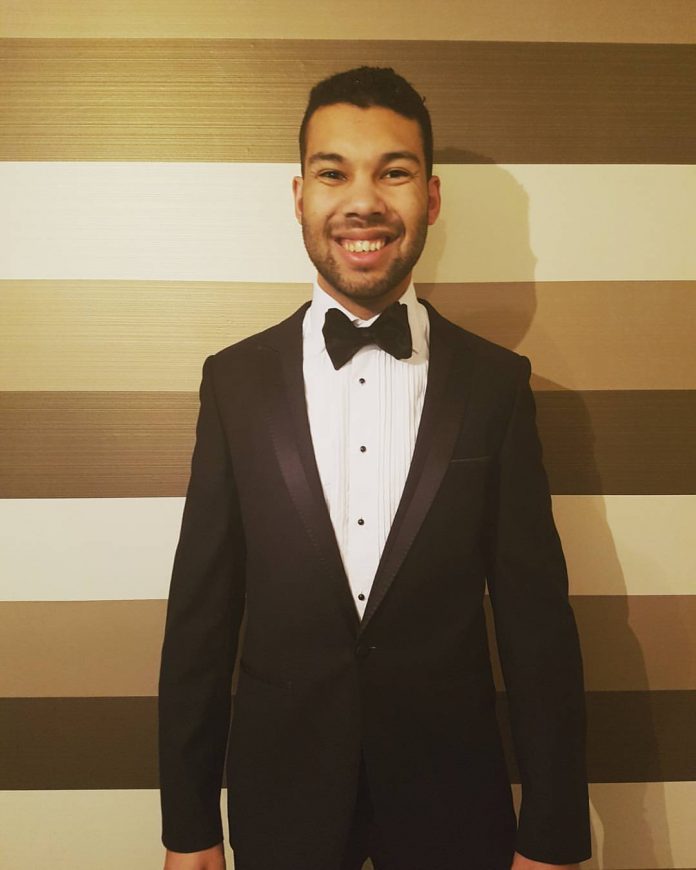 The shirt is ironed, the cufflinks are on point, the dinner suit is primed and ready. Am I ready? No. This was because I was getting prepared to attend the 2017 Newspress Awards, which were taking place at The Brewery, London.

I was lucky enough to be nominated for an award – Rising Star Journalist – much to my surprise. After I finished jumping for joy and whooping like an American at a Superbowl game I decided to google the others on the shortlist. It turned out that all of them write for well-known publication and then there’s me. I was truly the underdog, but I wasn’t there to make up the numbers.

Dressed To Impress, Not For Public Transport

The dinner suit was slipped on as was my favourite overcoat and it was time for me to leave my flat. I may have looked liked James Bond, but my mode of transport was far from glamourous. Sutton Station was my first port of call as I had to get the train to Balham before getting the tube from there to Moorgate. From there it was a short walk to The Brewery, where the awards were taking place.

Well This Is Awkward

I turned up reasonable early and quickly realised I knew no-one there. This made for a rather awkward 40 minutes as I waited to be seated at my table. So most of my time was spent looking at my phone, pretending to be busy and not too much out of place. A like-minded soul with the same problem approached and we soon got chatting. His name was Craig Neale and he also stated that knew no-one, which was a nice ice-breaker.

He runs a YouTube channel called CraigTV, in which he discusses the future of motoring, and as you can imagine, he’s a big fan of electric cars. This is a bit tricky for me as I’m…not. Who knows, maybe he can convert me – maybe, just maybe, I’ll be pledging my allegiance to the charging station. Yeah right.

It soon transpired that Craig was on the same table as me, sitting to my left in fact. So we made our way in the main function room and took our seats, before Alan Dedicoat – you know, the lottery voice guy – kicked the evening off. My award was number 16 of 25, which seemed to be fine as Mr Dedicoat’s pace was fast enough to make a machine gun look sluggish. Not that it was rushed though, it was just efficient, with some decent humour blended in.

I double checked the schedule and I soon realised that my award category was in the second part of the show – 10pm. Talk about making a guy wait! The first part of the awards were dealt with swiftly and efficiently, then it was time for a needlessly posh dinner and some decent entertainment from comedian Katherine Ryan. Oh I managed to get a selfie with her, just so you know. I wasn’t planning to but the opportunity arose so I thought “why not”.

Is This My Time?

Finally it was time for my award, and it felt like I had waited a lifetime. In all honesty, I wasn’t expecting to win. Not because I’m not a pessimist, just a realist. Much to my surprise, Alan Dedicoat read my name out and pronounced my name correctly, which surprised me so much that I almost didn’t hear who the winner was.

No, it wasn’t me sadly. It went to a chap called Neil Winn who does work for Car Throttle, so that gives you an idea of the calibre of people I was up against. Plus he even has ‘win’ in his surname, so maybe fate was always on his side. The rest of the evening was spent talking to the people on my table before making my exit as I had an early start this morning.

So I didn’t win, but I’m still very grateful to be nominated. Sadly I won’t be eligible for the same award next year. Who knows though, I may just win something else as the year unfolds.