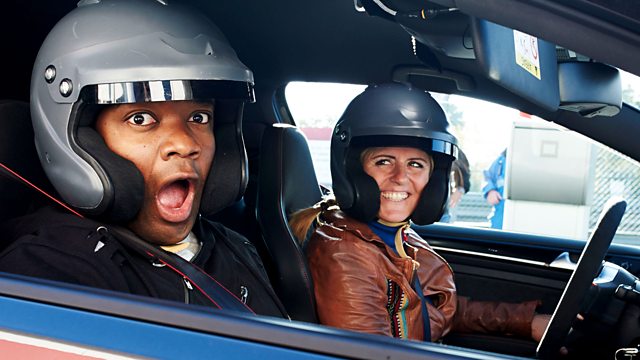 It’s Sunday evening, which means it’s time for Top Gear. I have to be completely honest, tonight’s show was very, very good indeed. As much as my allegiance is with The Grand Tour, I must confess I am really warming up to the new Top Gear format. So then, what happened in tonight’s offering?

It was the turn of Matt LeBlanc to kick off the show in the new Aston Martin DB11, the new grand tourer with the much talked about twin-turbo V12. We are no stranger to seeing the DB11 on screen or being reviewed, and I must admit it feels like the car has been around for quite some time now.

However, that didn’t stop LeBlanc putting his spin on the DB11, discussing the new Anglo-German partnership and of course, the new turbo-charged V12 powerplant. Despite offering a healthy 600bhp, the American decides that the Top Gear test track is not the best place to test it, and in all honesty, I kinda agree.

So instead, he takes a left turn at Hammerhead, thus magically transporting to a wonderful scenic road with some ever-so-familiar James Bond score. LeBlanc is kitted out in a tux – naturally – but it seems like the budget did not allow for some trousers – or pants – to match. It is then that Chris Harris arrives in the Mercedes S63 AMG, to play the Bond villain.

Blofeld to be more specific, and as a James Bond fan AND an Aston Martin fan, this whole film certainly had the license to thrill. The pair set out in a Hollywood style car chase, which had some fantastic camera angles and a high level of cinematography. The chase doesn’t quite end well though… LeBlanc was caught with his trousers down, that’s for sure.

Now, I’m going to skip the guest bit, purely because I want to focus on the good stuff and as much as the new format is better, it’s still not as interesting as I feel it could be. Plus…as there is quite a bit I want to say about the rest of the show, I’d rather write about that. And I’m already rambling… The Volkswagen Golf GTI has been around for forty years, and as a hot hatch fanboy, I have a lot to thank it for.

This was the car that showed the world that you could have it all – good looks, everyday practicality, fun, and of course, performance. Rory Reid takes the reins on this one as he starts on the Mk1 – genesis. He then talks through the car’s history, documenting how the car has evolved throughout the years, using some very clever transitions. We then arrive the current generation.

But this is no mere Golf GTI, oh no. This is the Clubsport S, a car which actually contradicts what a hot hatch is all about. To help the model gain a total weight loss of 35kg – which isn’t a great deal if you ask me – the rear seats have been omitted. So have the matts, which seems all a bit needlessly, well, German. This means that the limited edition Clubsport S is a two seater. That still leaves room for one passenger of course though. So, at this point in the film, Reid is at the Nürburging, in the passenger seat, leaving an empty space for a drive. Who is going to fill that space? No, it’s not The Stig, but it’s someone just as legendary. It is of course, Sabine Schmitz. She thrashes the GTI around the Green Hell as Reid does his best not to look scared – it didn’t work well. Schmitz soon starts catching up with some of the more expensive, exotic cars on the circuit.

So with that in mind, Reid and her cook up a challenge to see if they are able to overtake a million pound’s worth of car. A simple challenge but a rather interesting one, especially when you had cars like the Porsche Cayman GT4 munching up the Nürburgring tarmac. Some pretty tasty cars were overtaken too, but was Schmitz able to meet the quota? Ah, that would be telling now, wouldn’t it.

No Amore For The 124 Spider

The final film features LeBlanc in a classic FIAT – or Fee-Art as he kept pronouncing it – 124 Spider. The car, the music and the scenery is very romantic but is the new model able to conjure up the same loveliness? Well, it’s bound to conjure something, as it was actually the Abarth version LeBlanc jumped in to after his nostalgic trip.

The American wasn’t overly impressed, purely because of the car’s turbocharged engine, a feature that doesn’t appear in the 124’s cousin, the Mazda MX-5 (great car that). LeBlanc asked the question whether Italy was able to finally celebrate a new sportscar, but as the film went on, the answer was from ‘sí’. One of his gripes was that it was too similar to its Japanese sibling, and he even pointed out how similar the interiors were.

So his conclusion that if you wanted to buy an authentic Italian supercar, then you should buy a 124 Spider. The original one, the one made in 60s, which can still transport to the 60s – and to unreliability I imagine. I must say I was genuinely surprised that he – and Harris and Reid for that matter- did not rate the new Abarth 124 Spider.

And on that bombshell… Oh wait, that’s not a thing anymore is it?

Overall, this was a fantastic episode, the new series is really finding its feet and getting in to its stride. I look forward to next week!