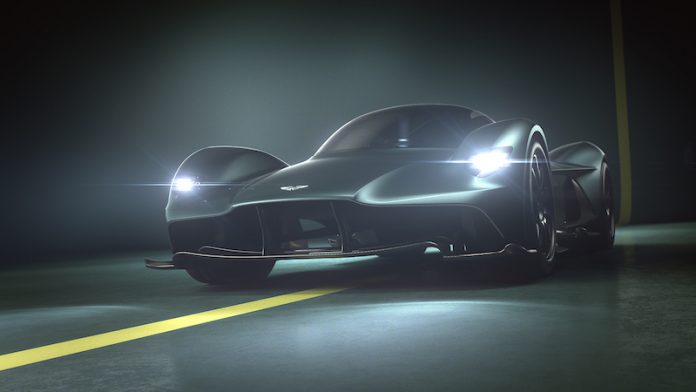 When the news – and pictures – first landed of the new Aston Martin AM-RB 001 it was a momentous occasion for both Aston Martin and Red Bull Racing. The car unveiled looks sleeker than a fish and somehow other-worldly. It looks ahead of its time and it looks like the product of science fiction.

Its name. You see up until now it has simply called the AM-RB 001, which makes it sound like an electronic device. I have heard people call it the ‘Nebula’ which is pretty cool, but that was more of a project name, rather than something that would be badged on the back. Mind you, I’m not sure a car as forward thinking as this will feature a model badge on the back.

Nonetheless, the British hypercar now has been giving its name. Continuing the tradition of ‘V’ named car, which stretches back to the original DB2 Vantage in 1951. Since then we’ve had the Virage, the Vanquish and of course, the Vulcan. So without further ado, it’s about time I told you what it is…

Pretty good eh? Taking its name from an ancient god, the Valkyrie may come from Norse mythology, but there is nothing mythical about the car’s potential. Performance specs are still unknown at this time but we do know the Valkyrie will be powered by a 6.5 litre naturally aspirated engine, so I must admit that part is a bit ‘Neanderthal’, not that anyone will complain. Apart from Greenpeace of course… If that wasn’t enough though, there will also be electric power provided by Rimac. That’s quite a combination…

For Aston Martin’s Chief Creative Officer, Marek Reichman, Valkyrie perfectly captures the drama of what is not only the ultimate Aston Martin, but the ultimate expression of hypercar design, engineering and performance: “Aston Martin model names have deep meaning. They need to inspire and excite. To tell a story and enrich a narrative that stretches back some 104-years. The Aston Martin Valkyrie is an incredibly special car that demands an equally remarkable name; an uncompromising car that leaves nothing in reserve. The connotations of power and honour, of being chosen by the Gods are so evocative, and so pertinent to a car that only a fortunate few will ever experience.”