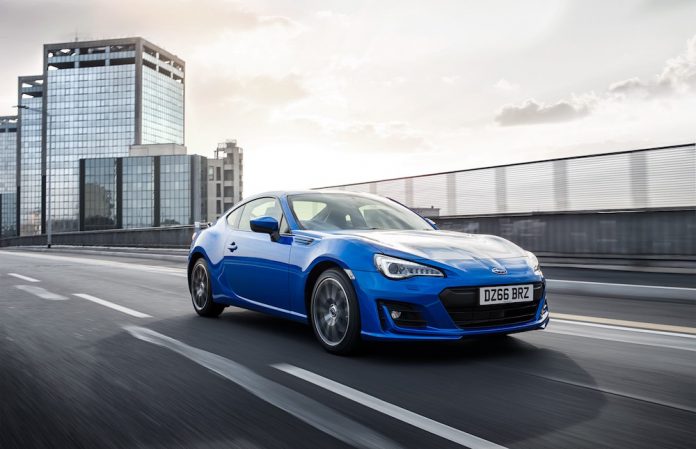 That’s North American International Auto Show in case you’re wondering, it’s a bit too long to get in to the headline as you can imagine. That aside though, there has been plenty going on since the doors have opened on the year’s first motor show. The public unveiling of Subaru’s updated BRZ was just one of them.

Looking at the new model you may be forgiven in to thinking that what I’m showing you is the same car that came out in 2012 and had car reviewer singing its praises thanks to it’s accessible sideways action. But no, this is a new car, I assure of that, but what exactly is new? Well one thing purists may notice with the new model is that the front end has been lowered and made wider, to give it a more authoritative stance on the road and I must say, it does look more muscular.

Also at the front are full-LED headlights which believe it or not, is a first for the Japanese brand. The rear has also received some new illuminations as well as a new spoiler with newly designed alloy wheels finishing the look. Inside the BRZ you will find a new 4.2 colour LCD screen in the instrument cluster which can be gazed upon over a newly designed steering wheel which is smaller and trimmed with different leather to make it more grippy.

In fact the whole interior itself has seen a change in materials, with higher quality materials used throughout the cabin to make the BRZ more premium and bearable to live with every day. Oh and there is something else – there is now a ‘Sport’ button which Subaru says enhances the stability of the car and increases the throttle response. I wonder if it will help the car go even more sideways…

The new BRZ model will be available in the spring with prices yet to be announced.