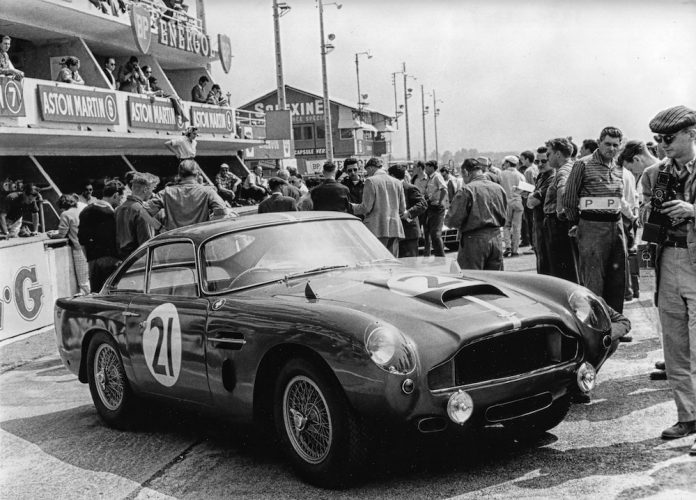 Good evening everyone! Sorry the site has been a little quiet over the last few days; it’s been a very busy week! This article should make up for it though and it’s bound to make for good reading – if I don’t say so myself. Aston Martin has announced it will be making continuation models of the DB4 GT, which is good news. However, they will be track-only models and there will only be 25 of them. Bother.

A trip down memory lane

For those of you who may not remember the original DB4 GT, or may not have been around at the time (me, included), let me educate you. Just 75 of these models were originally built between the years of 1959 and 1963 and it was considered the true supercar of its day. Based on the original DB4, the GT was faster, shorter, sleeker and with a more powerful version on the DB4’s 3.7 litre straight-six powerplant.

​​In fact, at the time it was the fastest car capable of carrying a passenger in Britain. It also won its debut race at Silverstone under the watchful helmsmanship of Sir Stirling Moss. Not all the models were created equally though; 8 of the 75 were lightweight models with reduced weight for even more speed. They are still in existence and will set you about around £3,000,000. Gulp.

Back To The Future

As mentioned, Aston Martin plans to make 25 new models which will keep the classic looks and building techniques as the original 8 lightweight models but with modern underpinnings. I don’t know about you, but sounds like a rather tasty recipe. They will be produced at the Newport Pagnell plant, the same place that created the original cars and Aston Martin will be fastidious in its approach to recreate it’s masterpiece from yesteryear. ​​The ‘new’ models will also feature a 3.7 litre straight-six engine with two spark plugs per cylinder and 340bhp being fed to the rear wheels. The power will be mated to a 4-speed manual gearbox, plus a limited slip-diff will be on hand to improve cornering traction.

Dr Andy Palmer, Aston Martin President and CEO commented: “Aston Martin has a rich and vibrant heritage, as you’d expect from a company that has been building some of the world’s finest sports cars for 103-years. Of those the DB4 G.T. stands proud as one of the most coveted of all. It’s a mark of Aston Martin’s breadth of abilities that in the same year we launched the DB11 – our most advanced ‘DB’ production car ever – we can also embark on an adventure such as the DB4 G.T. Continuation. A project that taps into the unique passion and skills that exist within Aston Martin, I’m thrilled we have the imagination and capability to offer 25 enthusiasts the unique opportunity to commission their own piece of Aston Martin history.”

Is it too late to ask for one for Christmas? I’m joking of course…how would it fit in my stocking?