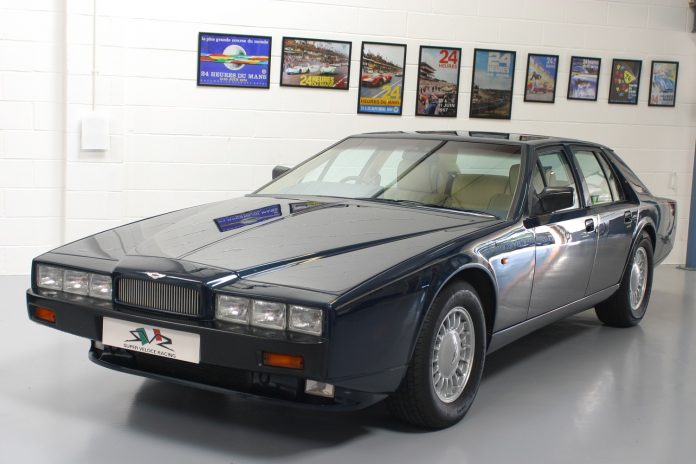 If you are a regular reader you may know that I simply loathe the styling of the Aston Martin Lagonda. In fact it made my list of ugliest cars. Anyone out there with half-decent is surely bound to agree with me. This really is a car that has looks only a mother can love. It’s almost as if the designers only had a ruler and a pencil to design this car. ​​However, the Lagonda has actually starting to become a bit more accepted and believe it or not it’s becoming sought after. If you happen to have more money than sense and you fancy getting your hands on an Aston Martin Lagonda then you are in luck. SVR is able to offer a Series 4 model which is celebrating its 25th birthday. Only 105 examples of these were produced so it’s safe to say this is a rare example. 105 too many if you ask me.

​​Ok, ok, the Lagonda bashing is getting tiresome now, I know that. Let’s focus on something a bit more attractive shall we – the power. Under the angular bonnet of the Lagonda is a 5.3 litre V8 engine which produces 289bhp, which sadly means there isn’t as much power as you may have though. 0-60 comes in 8.8 seconds and the top is ‘just’ 143mph. ​​This model comes finished in Royal Blue with cream leather and ash interior with features such as cruise control, electric door mirrors and a rear sunroof. The price for this this square wedge of Aston Martin is £95,000 which may seem like a bit but I think the value of car will only rise. Unlike its beauty.