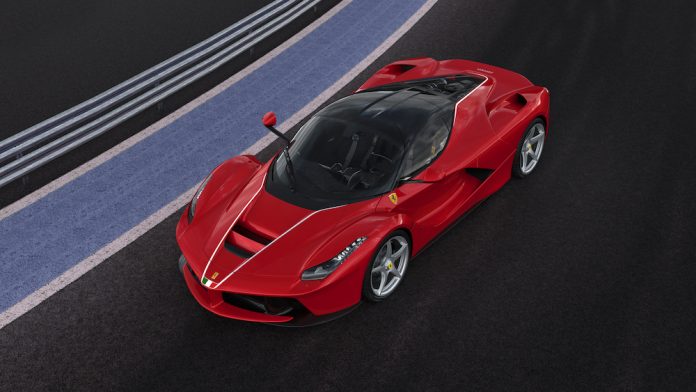 The Ferrari LaFerrari is a rather special car indeed, using hybrid power, this hyper example of a prancing horse produces 949hp and as a result is very sought after – and rare. In fact I am yet to see one in the flesh, which is because not many were made.

So as you can imagine, when RM Sotheby’s announced it was was to auction one you can imagine this caused a lot of excitement as this is a rather special occasion. However, this LaFerrari is even more special than that. It was built by Ferrari specifically to help those affected by the Italian earthquake that hit earlier this year and the proceeds from the auction will go directly to benefitting those affected by the disaster.

One of a kind

This LaFerrari boasts a unique livery and interior, plus it has a commemorative plaque dedicated to the occasion. I think this is a wonderful gesture by the Italian supercar firm, plus it means that it brings the production number of LaFerraris produced to a nicely rounded 500 – 499 were originally made for the world market.

“It is an honour for RM Sotheby’s to be entrusted with the sale of this important car and to help raise significant funds for a desperate cause,” says Rob Myers, CEO and Chairman of RM Sotheby’s. “The earthquakes which have struck Central Italy this year devastated the lives of thousands of people, and the money raised by the sale of this LaFerrari could not be put to a better use. The auction will be an historic event, and the generosity of Ferrari SpA will change lives in the areas most affected by the natural disaster.”

Just in case you do happen to be on the market for a LaFerrari (unlikely but you never know), the sale will be taking place on the 3rd of December during the Ferrari Finali Mondiali weekend which is being held at the Daytona International Speedway at Daytona Beach, Florida.