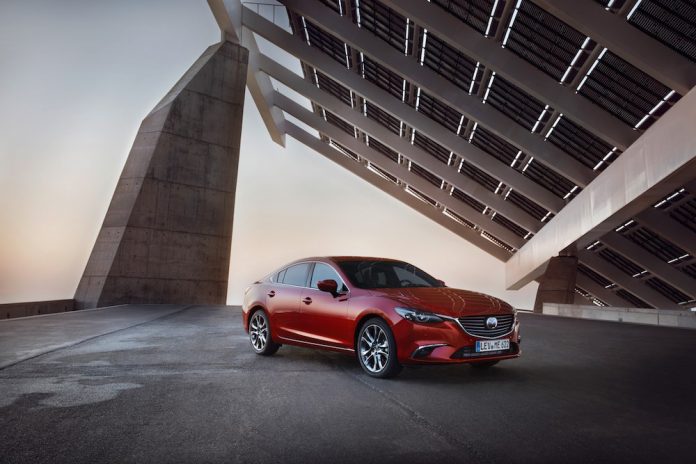 Autumn is here which means the days are getting shorter, the leaves will start to fall – as does the temperature, but it’s not all bad news. Mazda has spruced up its Mazda6 to include more kit but without increasing the price, so it looks like you can have your cake and eat it.

One of the key highlights of the new tech added isn’t actually something you can physically use or touch, but you should be able to feel the benefit from it when driving. The Mazda6 now features something called G-Vectoring Control, a system that varies the engine torque to optimise power going through each wheel. This means you can expect more traction in the corners which equals to better cornering and a more dynamic ride.

The engines remain unchanged so buyers will still be able to choose from two 2.0 petrol or 2.2 diesel engines ranging from 143bhp to 173bhp. The 2.2 litre SKYACTIV-D diesel has also been tweaked to increase responsiveness and reduce engine noise to give higher levels of refinement. The Mazda6 is available in 8 colours including a new Machine Grey Metallic which was also used on the Mazda MX-5 RF. ​​The range-topping Sport Nav model has been treated with upgrades such as a heated leather steering wheel, electric memory seats and a new heads-up display that features Traffic Sign Recognition for the first time. The SE-L Nav has also been upgraded – power-folding electric mirrors and Mazda’s Smart City Brake has been added.