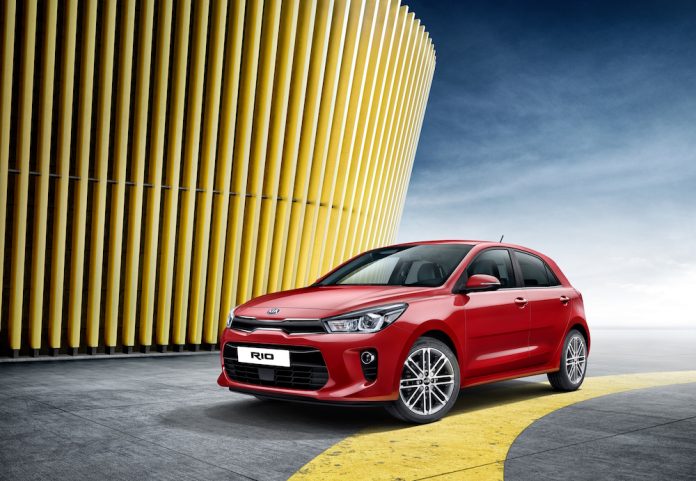 Kia has unveiled the all-new Rio ahead of this year’s Paris Motor Show with production starting towards the end of this year.

Kia has been keen to state that design of the new model has been led by not one, but three of its design centres – America, Europe and Korea. The press release from the brand says that the new model is “defined by straight lines and smooth surfacing, giving the car a distinctive, confident new look”. ​​It’s not that much different from the outgoing model if you ask me but the changes that have been made do make the new model looks better. I prefer the style of the bi-function projection headlights which now look more sleek and dynamic and the front itself looks a bit more chiselled.

As mentioned, changes have been made to the front end – the front fog lamps have been moved outwards on the front bumper and a new U-shaped LED light signature is projected by the new headlights. The new Rio is 5mm wider than its predecessor and also 15mm longer which should mean more space – albeit not much – room in the cabin. ​​Speaking of the cabin, Kia says the new Rio will have a more driver orientated cabin to improve ergonomics. The dashboard is now angled towards the driver and there is a ‘floating’ HMI (Human Machine Interface) infotainment system – whatever that means. The system uses a high resolution touchscreen that has the usual mod-cons you’ve expected in today’s cars.

The Rio will be available with black or grey cloth interior or you can choose from black or grey faux leather. There will also be a ‘Red Pack’ that will offer buyers red faux leather, if that happens to be your cup of tea…