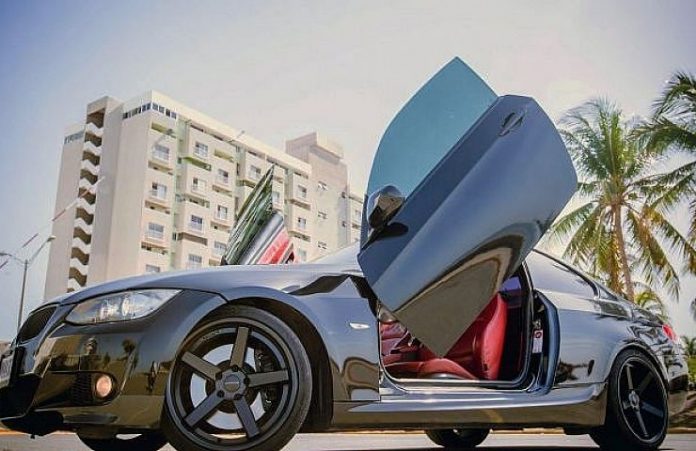 Once again Usain Bolt has dominated at the Olympics with three gold medals in Rio, bringing his grand total of nine Olympic golds. The chances are you will never possess his speed but you now have a chance to buy a BMW once owned by the Jamaican speedster.

It’s a BMW 335i but don’t lose interest just yet as this is not your ordinary Bimmer. The first thing you’ll notice are the scissor doors which are sure to get you plenty of looks in your local Tesco. Step inside the cabin and you’ll find a bold red interior which features Bolt’s initials on the headrest along with a lightening bolt design.

It may not be an M3 but that’s not to say this is a slouch, after all the world’s fastest man cannot be seen in a slow car. The original model was able to offer 300bhp but Bolt’s model was treated with a BMW Performance kit which offered an extra 20bhp. 60mph will come in around four and a half seconds but the top speed remains 155mph.

See the car in action here: