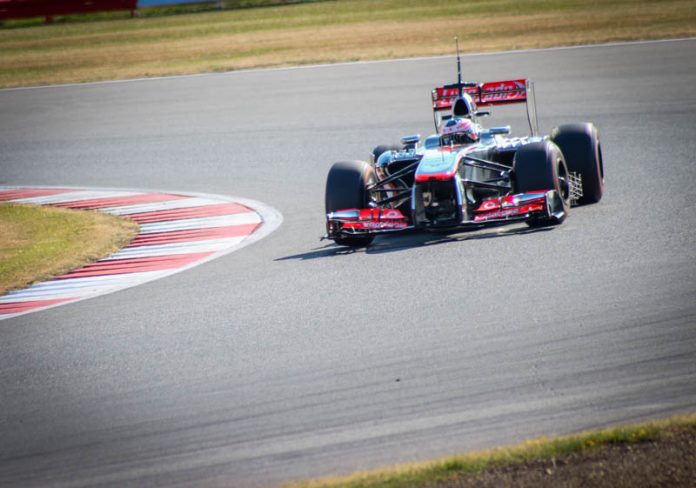 When it comes to total domination in the world of motorsport, nothing has ever come close to the way Mercedes are running away with Formula One. In the storm-affected Japanese Grand Prix last week, the team secured their sixth championship double in a row. That’s six straight years of winning both the constructors’ championship and the drivers’ title.

Mercedes put down their marker in dramatic style at the start of the season with a one-two finish in the first five races, before Sebastian Vettel finally split their dominant drivers with a second place around the winding streets of Monaco. In total, they took the first eight rounds of the championship, with Valtteri Bottas winning twice and the legendary Lewis Hamilton winning six times.

So far they have achieved seven first and second place finishes – two first and third place and two second and third place – out of seventeen races. The only blot on their otherwise perfect copybook was, ironically, on Mercedes’ home turf at the German Grand Prix, where Bottas did not finish and Hamilton was left far behind the field in ninth place.

A string of successes

The six consecutive driver/constructor doubles is a new record for Formula One, beating Ferrari’s glory years under Michael Schumacher.

At the time of writing, Mercedes have taken twelve of the seventeen rounds of the 2019 season, matching their 2017 performance and beating their 2018 total with four races to go. They may yet equal their 2015 total of sixteen wins, though they are still short of their near perfect season in 2016, when the team took 19 of the 21 rounds as a titanic, and often bitterly competitive, struggle for the title unfolded between Lewis Hamilton and Nico Rosberg, with the latter finally emerging triumphant in the last race of the season.

All in all, it has been a remarkable rise to the top for a team that was only formed in 2010. When Mercedes team boss, Toto Wolff was asked what the secret was, he said it was a team effort. “It would not do it justice to come up with a 30-second answer,” he explained in an interview with the BBC. “But if I were to sum it up, it’s the group of people working on the project, each giving it their all.”

However, the team are far from sitting back and resting on the copious laurels. If anything, they are constantly self-criticising in their quest for better. Wolff talks of a “permanent scepticism about whether what we are doing is actually good enough”. The results would seem to say that it clearly is.

Yet, despite their all-conquering form, there is still room for improvement at Mercedes – a thought that must be keeping the rest of Formula One awake at night. Lewis Hamilton says that the current car is ‘quite draggy’ and while the team have been working hard, he feels that they have lost their engine performance edge, particularly to Ferrari, who have been getting better and better all season. Frighteningly, he is confident that these ‘flaws’ can be ironed out before next season.

Is it just the car?

With the Mercedes F1 car so dominant, there are some who question whether there is actually any skill involved on the driving side. The cynics say that if your car is faster, it should win, regardless who is at the wheel, but this is far from the truth. Mercedes cars may be dominant, but you still need great drivers to complete the team.

Driverless cars and lorries may be on the rise, but passionate sports like F1 will always need that human element to make them exciting, so the chances of Mercedes’ drivers being replaced by robots are pretty slim, for the moment at least.

If you have any doubts, you only have to look at Ferrari’s season so far, where countless mistakes have cost them races where they really should have won. Early clutch drops and late responses on the start line, mid circuit crashes and many other incidents have exposed both the weaknesses of the Ferrari drivers and the strength of Hamilton and Bottas. The quality of their cars is just one of the reasons that they are the only two drivers left in the race for the championship. Pure skill, fierce determination and supreme confidence and concentration have proved to be every bit as important.