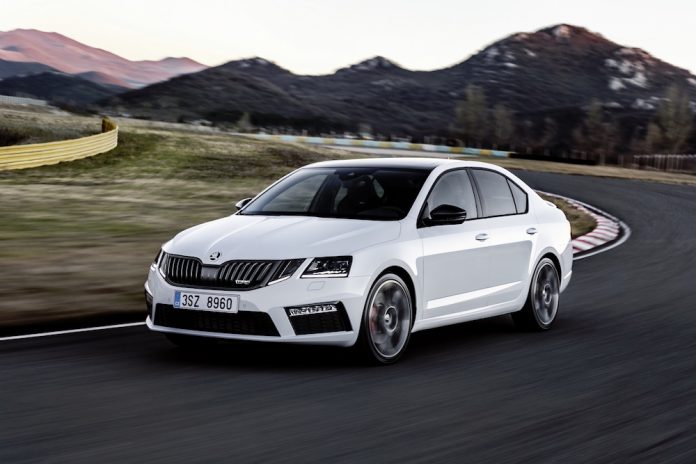 A few weeks ago Skoda revealed the new Octavia, which featured more tech and tweaked styling. Today though, the Czech brand has announced the new Octavia vRS, the most powerful yet. What can you expect from the new vRS though?

Let’s start with the power shall we? That seems like an adequate place to start. Two engines are on offer in the Octavia vRS, although it’s just one of them that has seen a power increase. The 2.0 litre TSI petrol has been given to a modest power increase of 10bhp, to bring to total power to a respectable 230bhp, whilst the 2.0 litre TDI produces the same 184bhp as it did previously. ​As you’d expect, the petrol offers better performance – 0-62mph comes in 6.7 seconds, which isn’t bad but not the best you can expect from this segment, but it’s better than the 7.9 seconds offered by the diesel. Top speed for the petrol is 155mph whilst the diesel is able to offer 144mph. The petrol can either be specified with a 6-speed manual or a 6-speed DSG automatic as can the diesel, but the diesel can also mated to a four-wheel drive system which comes with the DSG ‘box as standard.

The Octavia vRS will also benefit from the new tech offered in the ‘lesser’ Octavia models and is also available with the 9.2 touchscreen which features a floating glass display. A good host of driver safety aids are on hand too, including new features such as Trailer Assist to help when towing, Blind Spot Detect and Rear Traffic Alert.

The price for the new model is yet to be confirmed but as with previous models buyers will be able to choose from either hatch or estate body shapes.